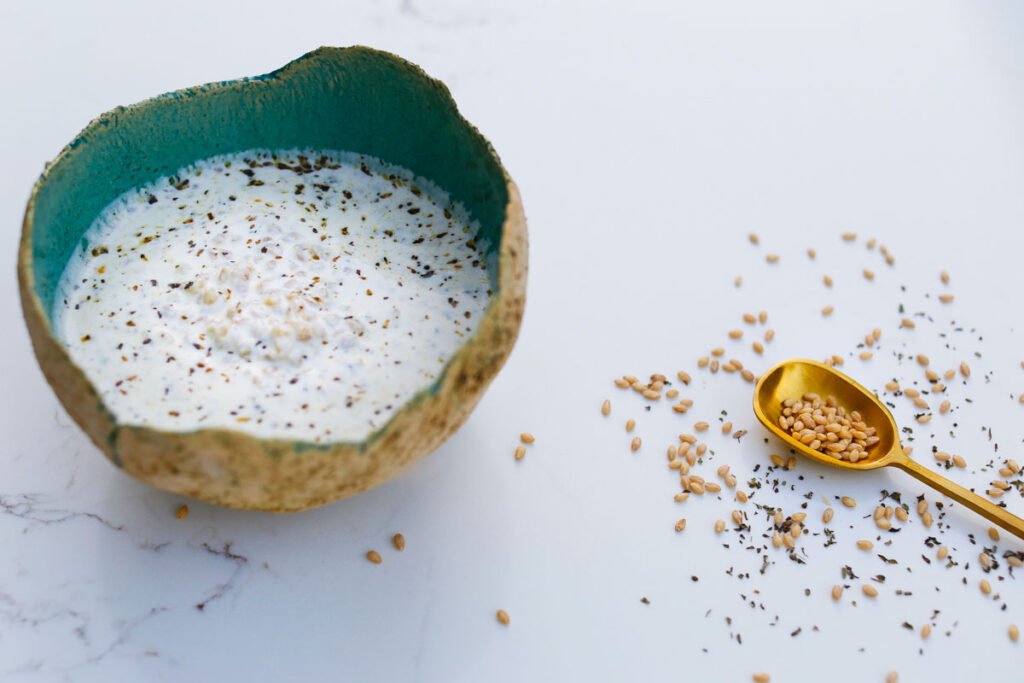 Tanomenos Sourvas is a Pontian Yoghurt and Barley Soup. This family recipe comes from Maria Tsalkos @magicalsunsettours, whose maternal and paternal heritage is Pontian Greek.

The first time Maria had this soup, was at the age of 6 years, in her maternal grandmother’s home in the village of Promachonas, Serres, Greece. She remembers taking her first spoonful and exclaiming how much she loved it. Maria recalls looking across at her grandmother, as she enjoyed her soup, and seeing her grandmother smiling gently and lovingly. Her grandmother’s eyes were filled with a deep sense of fulfilment seeing her granddaughter enjoying a dish so close to the family’s heart.
Make this simple and extraordinarily delicious soup and experience the satisfaction that comes with seeing your loved ones enjoy a hearty, wholesome and flavoursome bowl of goodness! 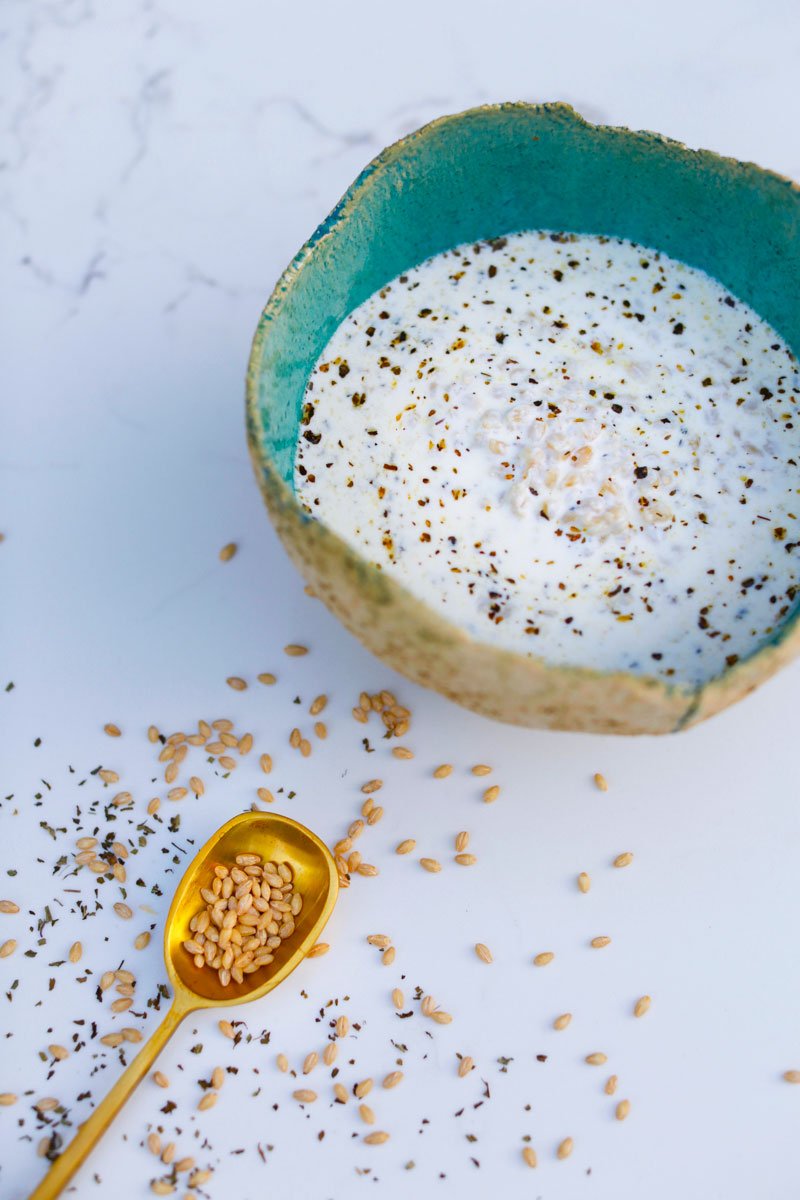 • Traditionally this dish was made with barley that had been previously boiled in buttermilk. When milk was churned into butter, the buttermilk (‘tan’ in Pontian) that was collected was used to boil the barley. The barley split and thickened as it cooked. The split barley was then strained and left to dry. This dried, ‘tanomeno’ barley was then used as the base for this soup. If you have the time and the inclination to do this, wonderful! Otherwise, whole pearl barley works beautifully!

• Maria’s grandmother only used butter in her soup. You can use 80g of butter in place of the 40g butter and 40ml EVOO that Maria uses

• The butter-oil-herb mixture (whose aroma will drive you wild) must cool before being added to the soup; otherwise the yoghurt in the soup will curdle

• This is the perfect soup to nurse the sick with!!!