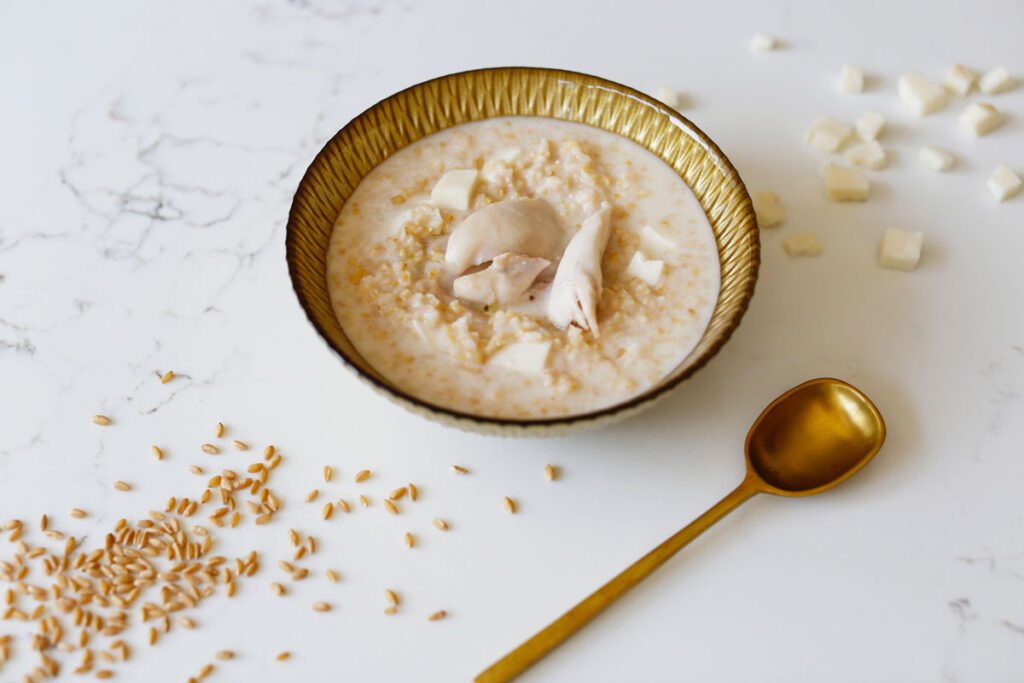 For this Meri Month of May recipe we visited our cousins in Cyprus and learned how to make sour trahana and also the much-loved Cypriot Sour Trahana Soup! The EVER-AMAZING Eleni Georges @myfamilysfooddiary takes us step-by-step through both processes, with handy hints along the way!

It’s a gorgeous soup, it is reminiscent of a tangy avgolemo soup, but the trahana adds more body and texture, the broth is creamier and the halloumi adds squeaky, salty bites.

Watch, learn and be inspired to make this wholesome, nourishing Cypriot Sour Trahana Soup! And maybe while you are enjoying it try to say “sour soup from Cyprus” quickly 10 times! ????????????

For the sour trahana you will need...

For the sour trahana soup you will need...