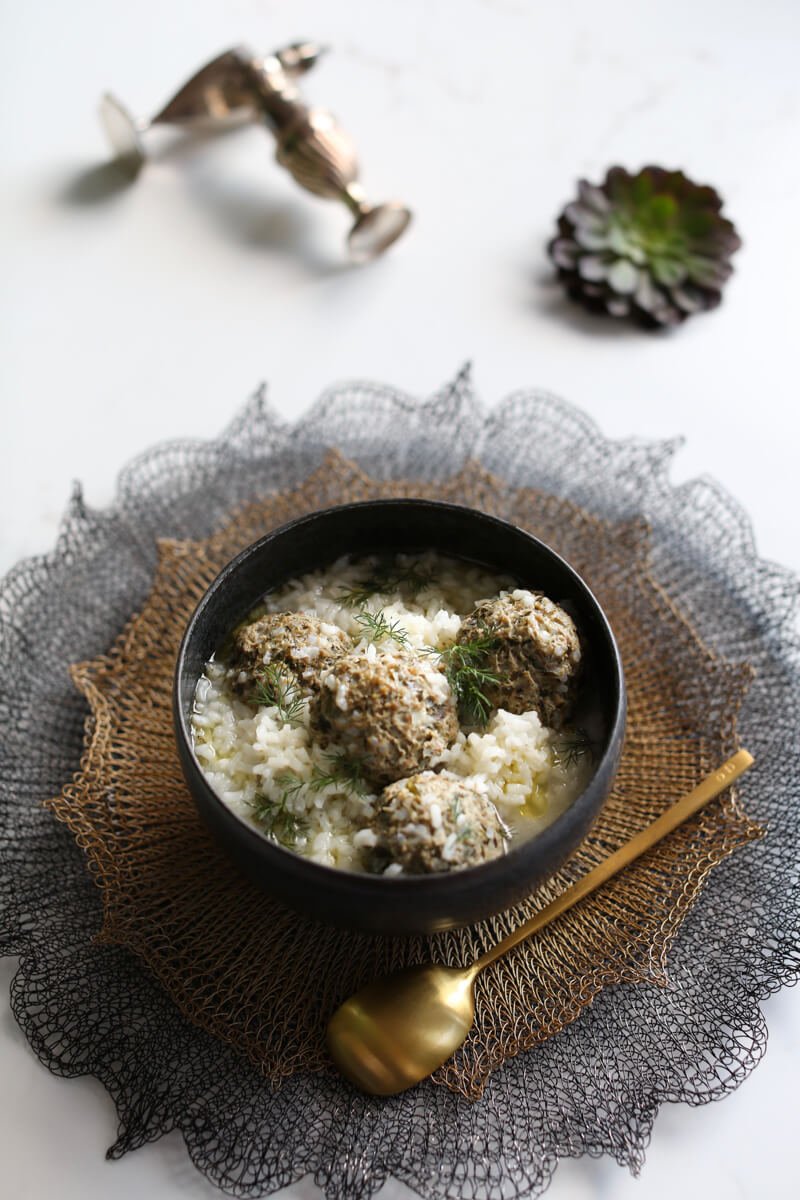 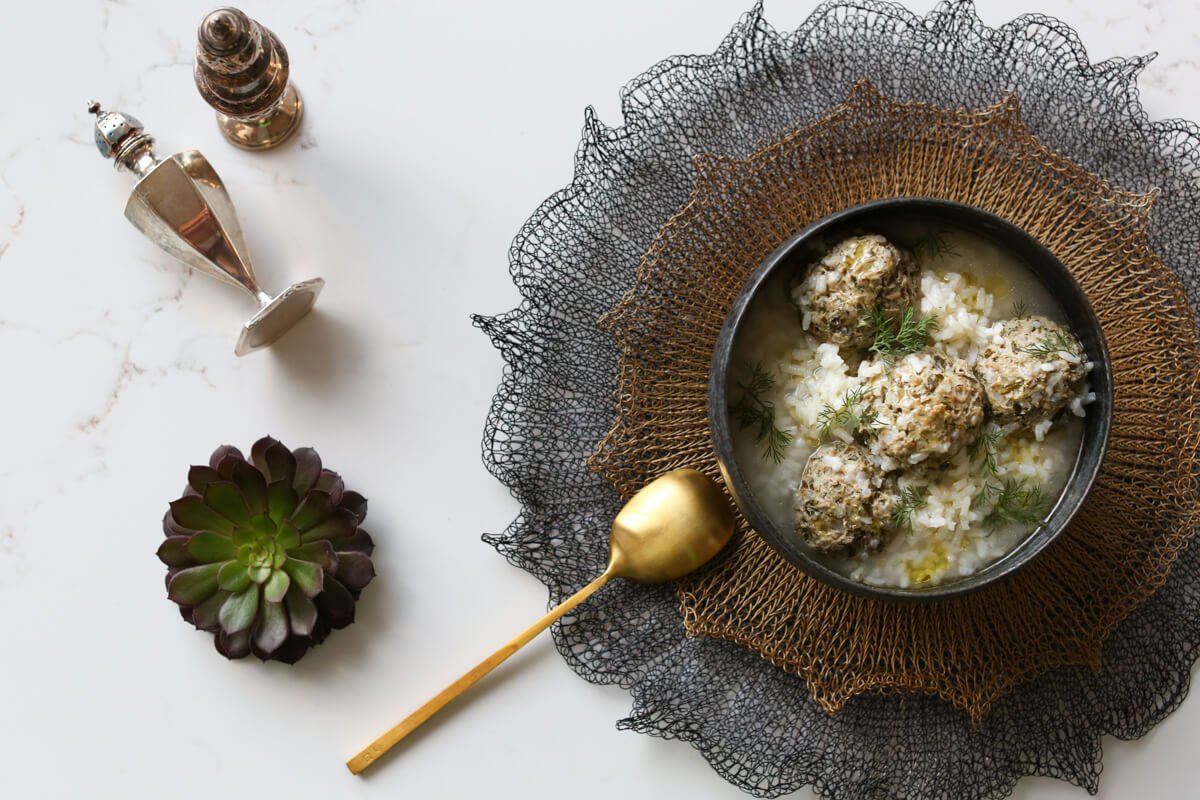 KO’s Yiouvarlakia (Meatball Soup with Rice) is one of my mum’s recipes. This is a recipe she learned from her mother and one that I took with me, when Eugene and I moved to Seattle, almost 30 years ago. It is a wholesome and hearty soup that nourished and comforted us while we lived there and has nourished and nurtured our children since our return to Australia 7 years later.

It’s a soup that I would make when we stayed in accommodation that had a kitchen, when we travelled, and I would feel satisfied that my children had at least one nutritious and satiating meal that day.

It’s a soup that my beautiful thia Vanggio would make, and have ready for us to eat, when we arrived after 30 hours of journeying from Melbourne, Australia, to Kastraki, Greece… In fact, my aunt would also make a large batch of the meatballs and freeze them uncooked. I would then take out as many as I needed and turn them into soup, for an easy dinner for my children, when they were tired after a long day touring around the Meteora.

Just writing this makes me see how this soup for me, for my family, expresses connection, continuity and commitment to life and each other… and the fact that real food isn’t just food, it’s so much more… 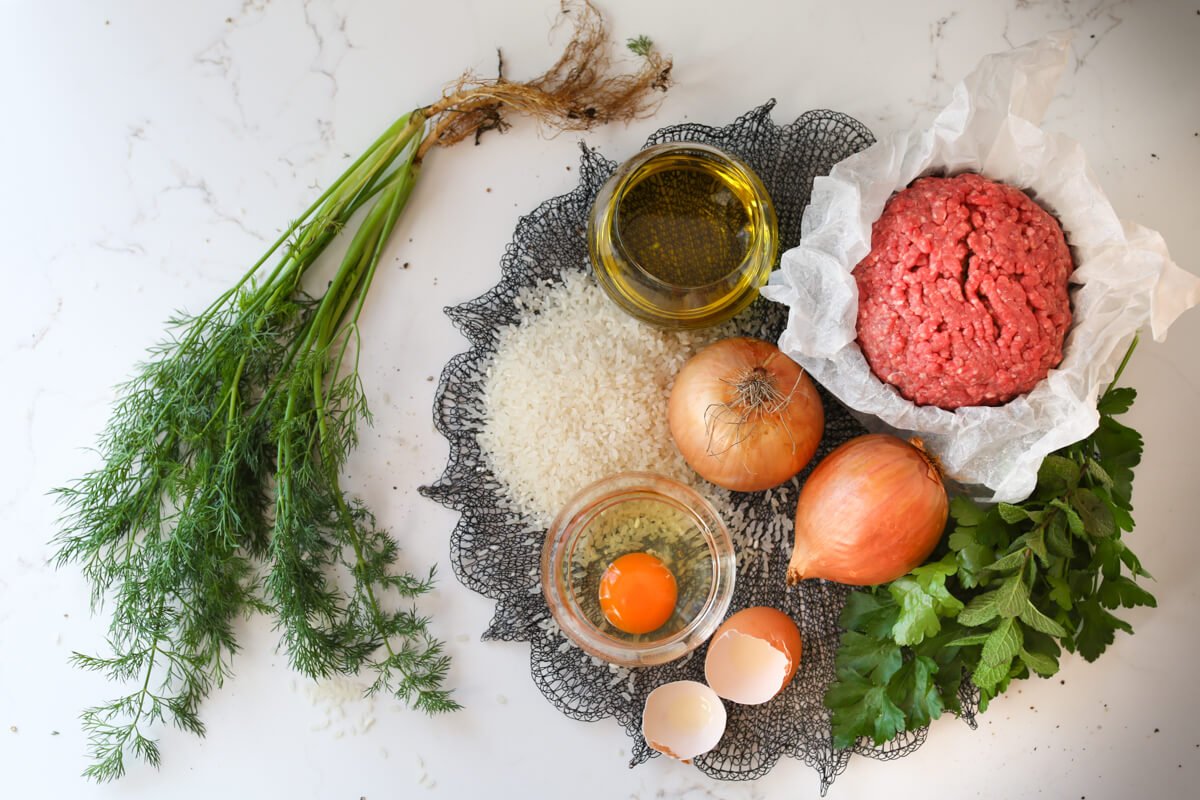 KO’s Yiouvarlakia is a wholesome, hearty soup of herb-loaded meatballs and rice. The soup can be enjoyed as is, or with an avgolemono (egg-lemon) wash, for an added frothy-zing!

For the meatballs you will need…

For the soup you will need…

For the avgolemono wash…

• I usually start heating the water in the pot just before I start preparing the mince meat mixture. That way I can form the meatballs and drop them into the pot as soon as the mince meat mixture is ready
• Skimming the foam from the boiling broth is optional. The foam is actually cooked blood, which is full of nutrients. It may not look pretty, but it’s good for you!
• It is really important not to undercook or overcook the rice in the soup. If you undercook the rice, it will have a crunchy texture. If you overcook the rice, the rice grains will ‘split’ and have a soft, mushy texture. Neither is good! The mouth-feel of the rice when you are eating the soup should be distinct grains of rice, with a little firmness to the tooth (al dente). To achieve this, you need to keep your eye on the rice and test it. As the rice grains begin to enlarge, pick out a grain of rice and bite on it to see how cooked it is. Keep doing this until it is almost al dente As the soup rests and begins to cool down, it will continue to absorb water from the broth and reach al dente. This is when you serve it and enjoy it at its best! If you leave the soup to rest for too long, the rice will continue to absorb water, expand and reach the softer, split stage
• If you are making and adding avgolemono to the soup, start preparing it as soon as you take the soup off the heat. It should take about 10 minutes to make the avgolemono, the same time the soup is left to rest. If you wait too long to make and add the avgolemono to the soup, the rice will reach the split stage
• The stock you add to the avgolemono should be warm, not hot; otherwise the heat will scramble the eggs. You may want to reserve the soup stock used in the avgolemono 10 minutes before you take the soup off heat. That way the reserved stock has enough time to cool down, yet still be warm enough, to temper the eggs, rather than cook them
• If you have any leftover soup it will likely reach the split stage, but it’s not the end of the world if a bowl or two are eaten this way
• This recipe and the quantities assume you are using a vented lid on your pot. If you are not using a lid, you will need to add a little bit more water to account for the extra loss of water due to evaporation