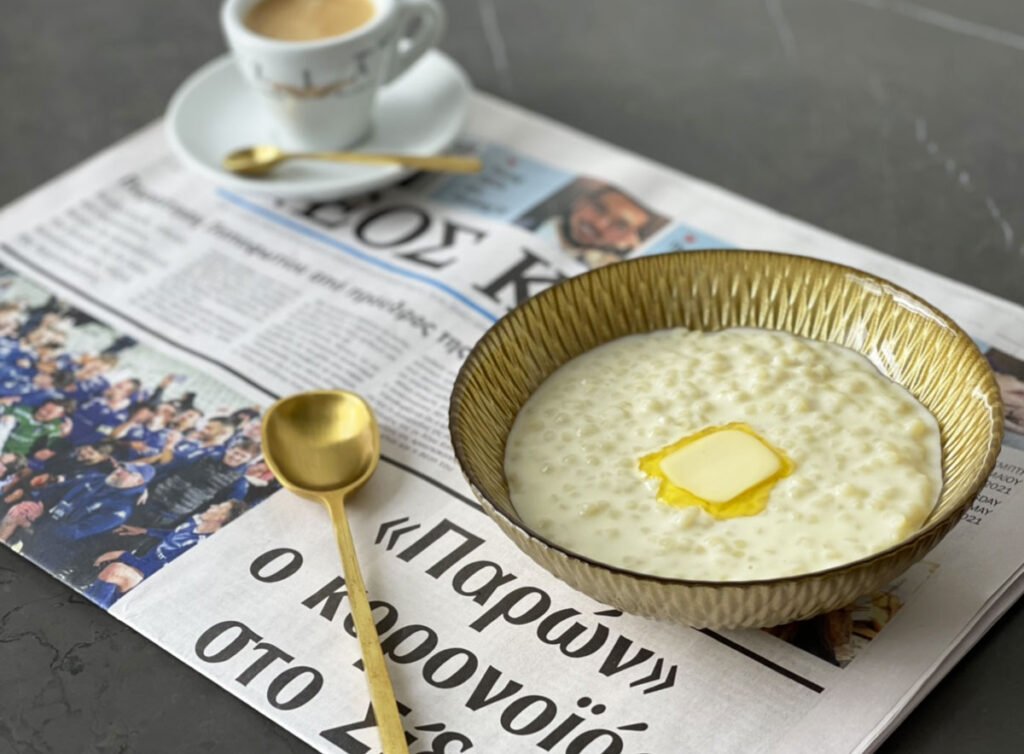 Up until I started researching and learning more about trahana for the Meri Month of May, I thought trahana was only made using kibbled wheat (ground whole wheat). I also thought there were only two types of trahana; sweet trahana and sour trahana, again made from kibbled wheat. Well there is actually another type of trahana; a sour pasta trahana that uses mainly regular flour as its base.

I have managed to find a recipe for sour pasta trahana – here it is:
Leave 6L of either sheep’s or goat’s milk unrefrigerated for 2-3 days in order for it to ferment. Stir it occasionally.

After 2-3 days add 4kg plain flour and 1kg semolina to the milk and mix it to form a dough. Leave the dough covered for about 2 hours with a towel. When you see that the dough breaks down as your rub it between your fingers, take small amounts of the dough and rub them between the palms of your hands, to create small dough fragments. Leave these out in the hot sun to dry out completely and then store the pasta trahana away for later use.

You can also use the same quantity of sheep’s or goat’s yoghurt and again leave it out for 2 days to ferment. You do not need to stir in the same way you stir the milk.

I am not completely sure what the final home-made pasta trahana looks like. I understand it has an irregular granular appearance, similar to the sweet trahana. The commercial version has a regular, spherical shape. For today’s recipe of Sour Pasta Trahana Porridge we used the commercial version.

This Thracian Sour Pasta Trahana Porridge from my beautiful friend Krisoula is like eating pasta in a rich béchamel sauce. The trahana pasta releases starch during cooking, which combines with the milk and butter to create a thick, béchamel like stock. I can honestly describe this porridge as comfort food and umami-mami-mami overload! It is a delicious and very filling way to start your day!!! 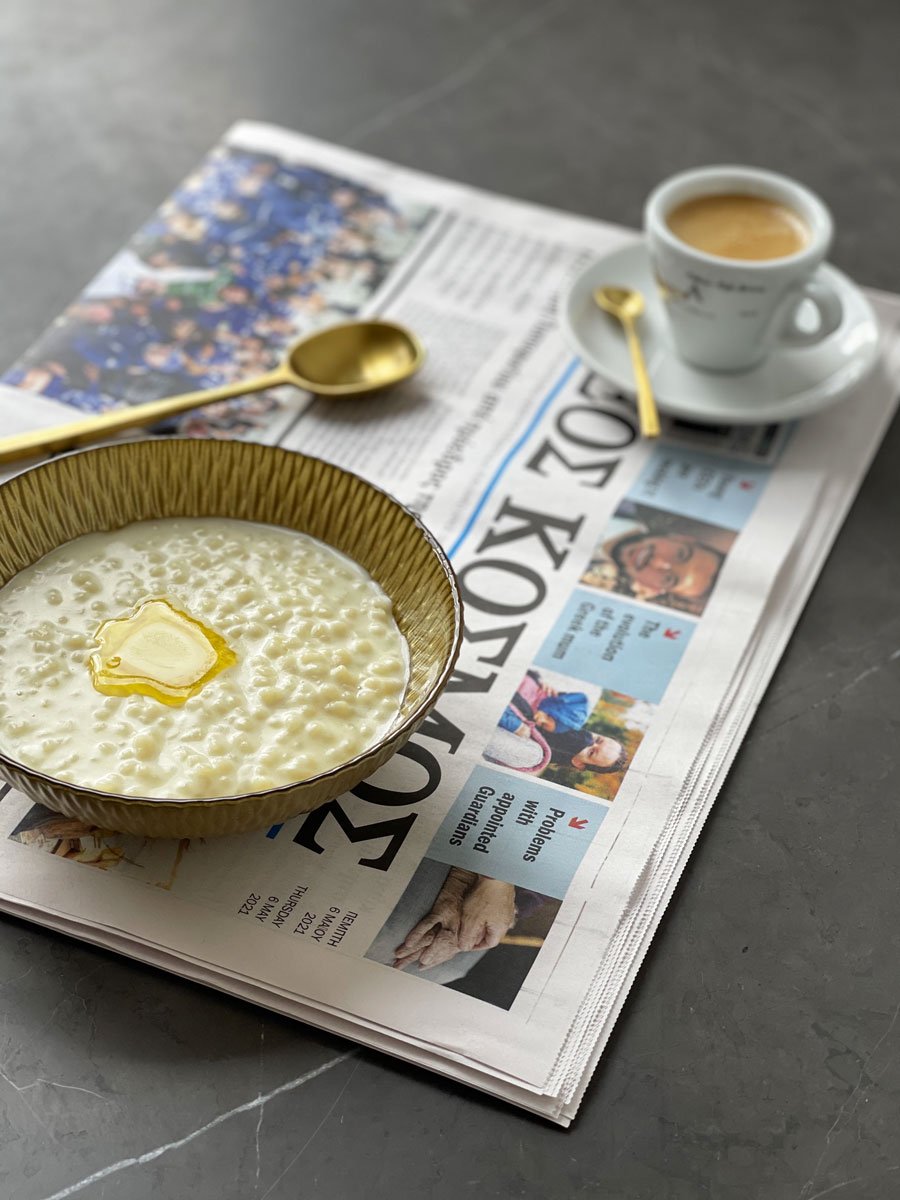 The ultimate Greek comfort food! This porridge is like eating pasta in a rich béchamel sauce.

• Pasta trahana is made with regular plain flour. This trahana is different to the one made with ground whole-wheat kernels.