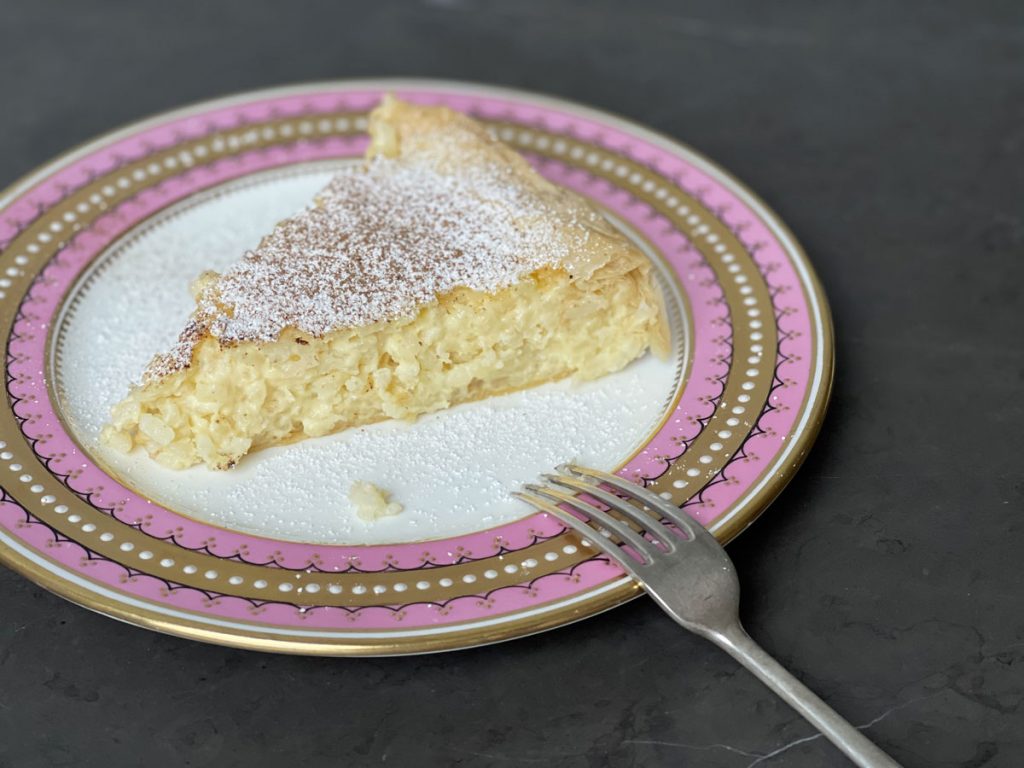 Served with a dusting of cinnamon and icing sugar it’s a pleasure to share and eat!

As for the regional origins of this recipe, it’s hard to say. Yiayia Maritsa was born in Smyrni, Asia Minor (now modern day Izmir, Turkey), she grew up on the Greek Island of Mytilene, her mother was from the island of Samos and her grandfather was from Chania, Crete. Her early married years were spent in Katerini, north-eastern Greece, where her husband was born and raised. So regional influences were a plenty! The only thing I can confidently say was that her food and cooking came from a place of love! ❤️” Jess 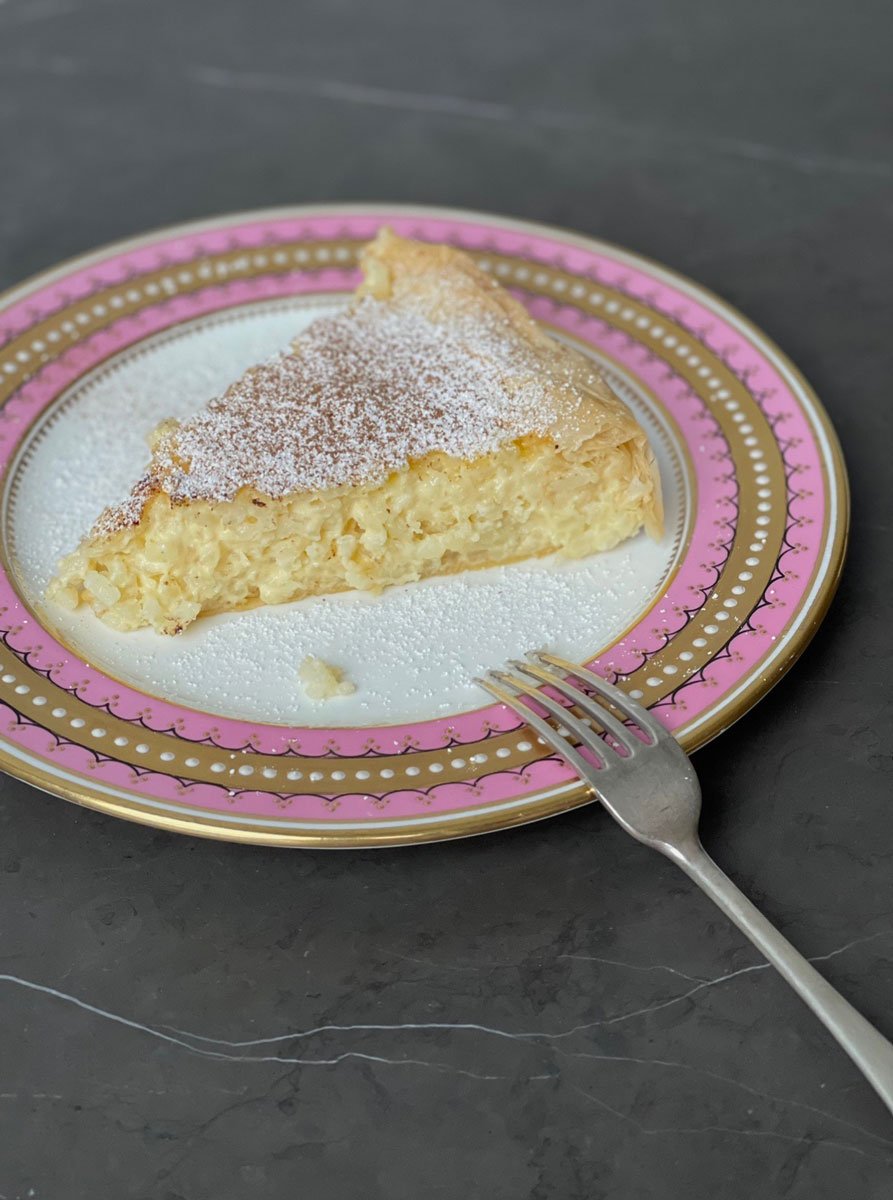 A cream and vanilla-infused rice filling baked into golden, crispy, flaky fillo pastry, served with a dusting of cinnamon and icing sugar.

The rice filling can be enjoyed as the most decadent and delicious rice-pudding EVER!!!