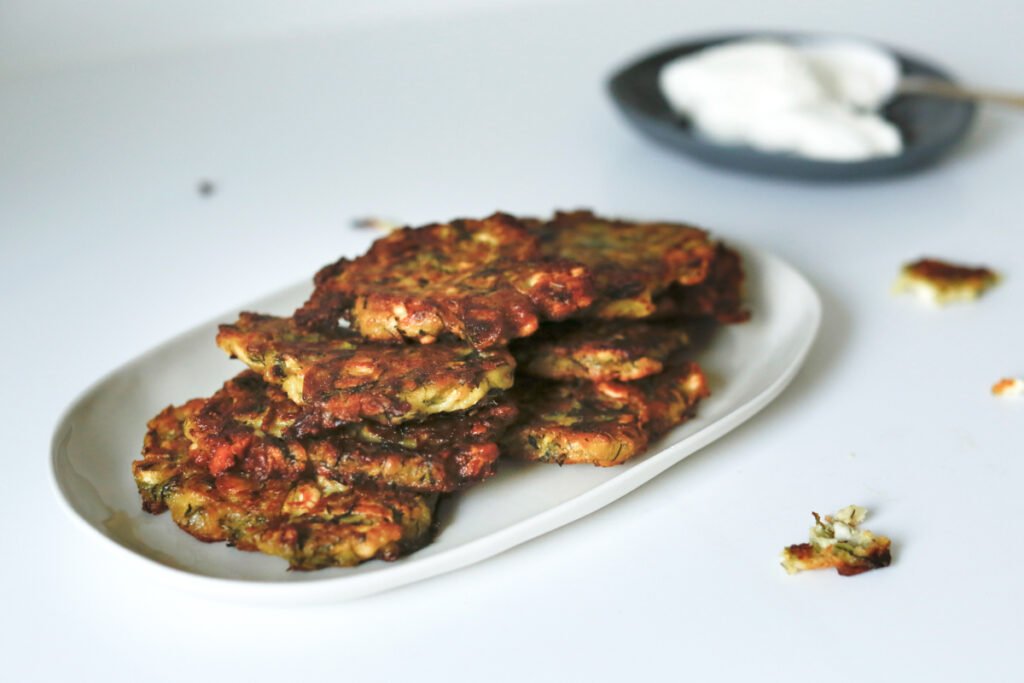 My parents-in-law were born and raised as Greeks in Constantinople/Istanbul or as they call it I Poli – ‘The City.’ Living in a cosmopolitan, multi-cultural city and immersed in the cuisines of many, influenced their kitchen and that of others residing there. This never-ending fusion of many co-existing cuisines over aeons has been termed politiki kouzina – food of the πόλη/city. This food is delicious and varied, just like its cultural roots.

My mother-in-law Stella is a wonderful cook with a subtle hand. One of the first recipes we asked Stella to teach us was her zucchini fritters or as Eugene and his family called them ‘mücver’ (their Turkish name). Their Greek name is quite a mouthful, kolokithokeftedes, so I can understand why Eugene and his family used the simpler Turkish name, even though their mother-tongue was Greek.

Stella’s mücver-kolokithokeftedes are fluffy, herby and cheesy and light. They have a restrained amount of flour in them, so they are not doughy. You can pan fry them or, as I show you in the accompanying video, you can bake them in the oven for fuss free cooking. Try them either way or both ways and let me know what you think! 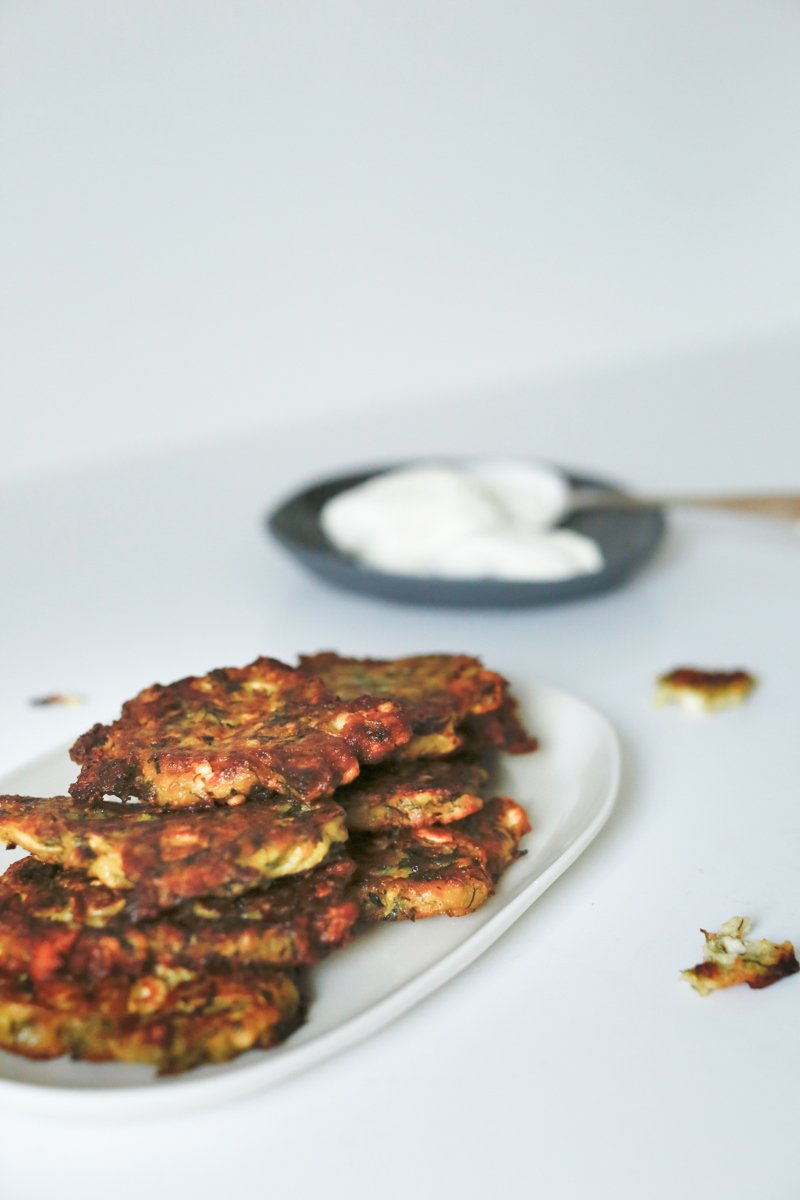 Stella's Zucchini Fritters (kolokithokeftedes) are THE BOMB! Light, fluffy, herby, cheesy and definitely not doughy!! You can pan fry them or, as I show here, you can bake them in the oven for fuss free cooking! Try them and let me know what you think!

• I grate the zucchini using a box grater. I grate only in a downwards direction at a very shallow angle, so the zucchini strands are long. This enhances the texture of the fritters.

• The oil has to be hot so you get some immediate frying action in your oven and the kolokithokeftedes stay formed and not runny and all spread out. Do not remove the pan from the oven when adding the batter, the pan will cool and you will not get that immediate frying needed to hold the fritter together.

• The zucchini will release a little water as the batter sits in the bowl. That’s okay – just mix the batter well before spooning more into the pan. This may make the later fritters a little flatter than the earlier fritters, but that is okay too. Resist the urge to add flour to thicken the batter. Adding more flour will make the kolokithokeftedes doughy – and that is not the texture we want.