Christine shares her stories and those of her guests…

It’s always fun to catch up with friends overseas. The love and energy shared during these times feels infinitely heightened. Last year during our trip to Greece, we travelled to the Cycladic island of Milos. The night we arrived we caught up with friends from Melbourne. They had just spent the last few days in Milos and were travelling onwards the following day. The following day happened to be my birthday too and our time together felt like an early birthday celebration. Read More 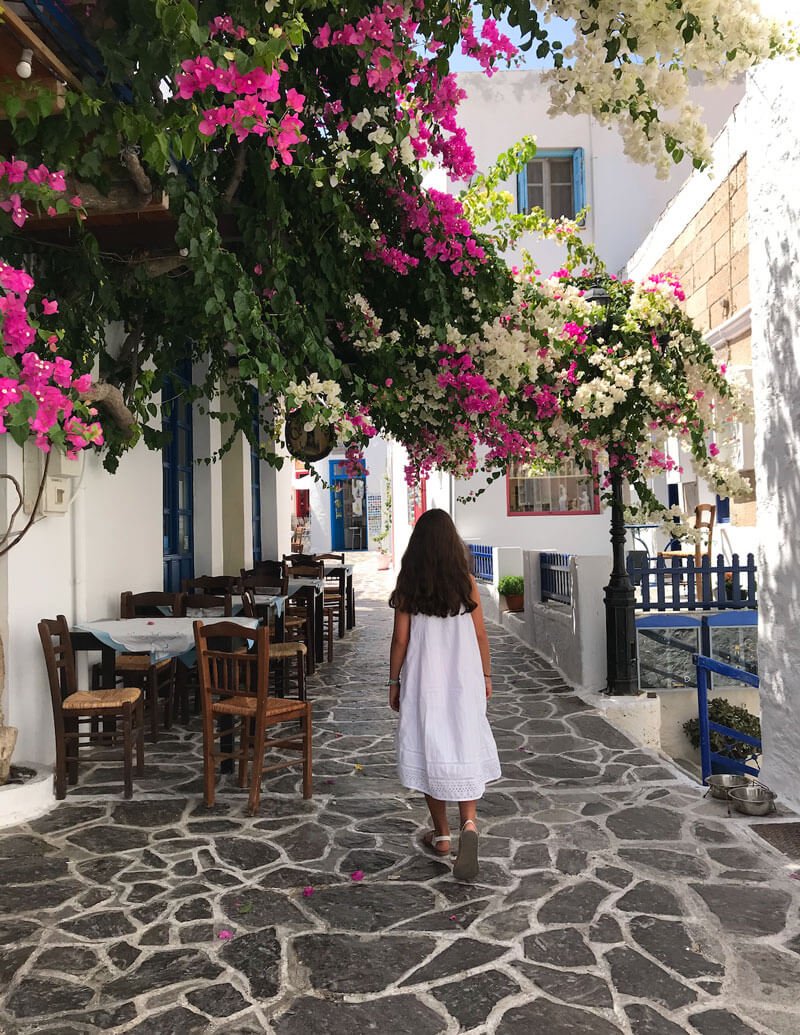 I started school at Windsor Primary in Melbourne’s south-east. We lived within walking distance from the school and an easy tram ride down Chapel Street to the Prahran Market, where my parents had a stall. When my sister needed to move to a secondary school, my parents again chose the secondary school closest to our home. It happened to be a Catholic girls’ school. The school had both a primary school and secondary school at that time and so my parents decided to send both of us there. I moved across in Grade 2 and completed my HSC there. What can I say, a double dose of restriction and guilt – between a strict Greek upbringing and Catholic doctrine. It took a good few years of my early adulthood to ‘recover.’ But it wasn’t all bad… in fact it was powerfully positive in one very significant way. Although I was the only Greek-Australian in my year level, I was accepted fully and I never once experienced racism. The students were mostly of Anglo-Saxon and Italian background. I wasn’t a ‘cool’ student, but I mixed in well with a number of different friendship groups and always felt like I belonged.

My friendships were easy, fun and fulfilling. One of my favourite memories was during the Easter season. Read More

Trees and plants are so generous with their fruits, nuts, berries, bark, sap and resins. One resin that is well-known throughout Greece is ‘Mastic’ (Μαστίχα) – an aromatic resin obtained from mastic trees (Pistacia lentiscus) that grow predominantly on the island of Chios.Read More When my good man Eugene decides that you must have a certain life experience, he doesn’t give up until you do! During our trip to Greece this year, we were given no choice but to have one of these life experiences. Read More