Maria Dellas (nee Kostos) was born in Carlton, Victoria, Australia in 1933; her parents having migrated from Agios Saranta, Ithaca, Greece during the 1920s. Maria attended Faraday Street Primary School and University High School before attending Emily Macpherson – a finishing school for women, which specialised in home duties such as sewing and cooking.

Maria and her family had a strong connection with the (Melbourne) Ithacan Philanthropic Society (IPS) and through the IPS’ social gatherings, she met her handsome husband Peter Dellas. They married and settled in Hawthorn and enjoyed a strong, loving relationship in both their marriage and their work. Maria and Peter have 3 children and 4 grandchildren.

Embodying the Greek quality of hospitality, Maria and Peter’s home in Hawthorn was always open and welcoming to family and friends, who often dropped in on weekends. Food was always plentiful and having a few extra mouths to feed for dinner was never an issue. Mealtimes were always informal and Maria put a meal together with ease.

Being first generation Greek-Australian, with English as her first language, Maria epitomises the mishmash of cultures – a strong connection with the Greeks, as well as a complete assimilation with the Aussies. Maria’s cooking has evolved over time, with a nice mix of Greek and Australian influences. For Maria however, it is all about efficiency – simple meals that are easy to prepare – except for skordalia (potato and garlic dip), one of her signature dishes, which is time-consuming and labour intensive. Among Maria’s many other specialties is the dish Savoro – a unique fish dish that Maria prepared and Kali Orexi filmed as a video recipe. ‘Maria’s Savoro’ video is being presented as part of an installation at the IPS Centenary Exhibition at the Immigration Museum, Melbourne, which runs from November 2016 – June 2017.

On a personal level, Maria has a special gift – she enjoys a chat, is always interested in what you have to say, is never judgmental and after an encounter, people ­– even strangers – walk away with a smile on their face. She has an uncanny way of making people feel good – which is something the KO Team can happily say, they experienced first hand. 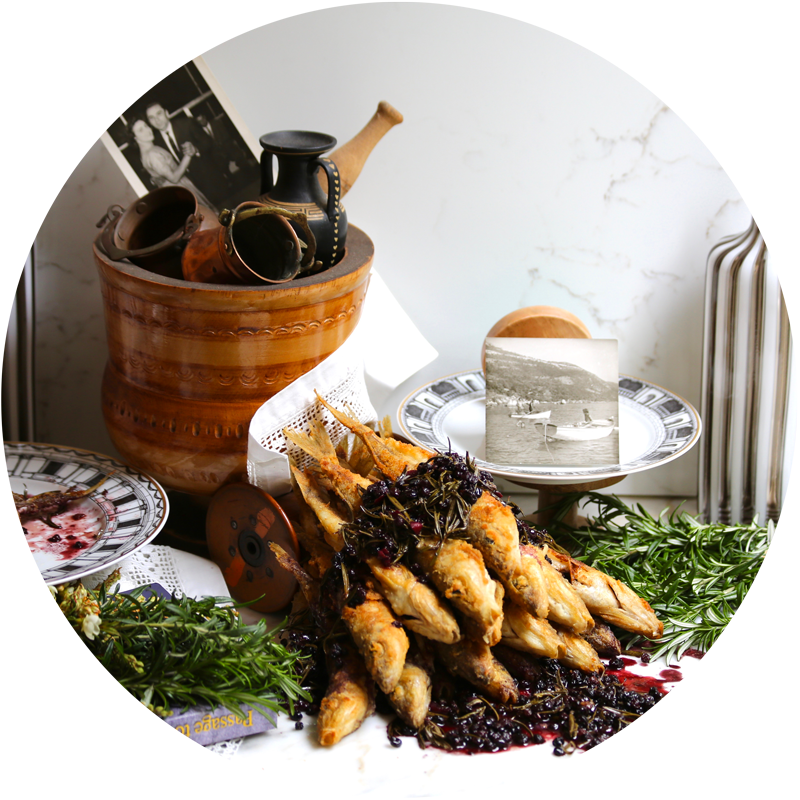