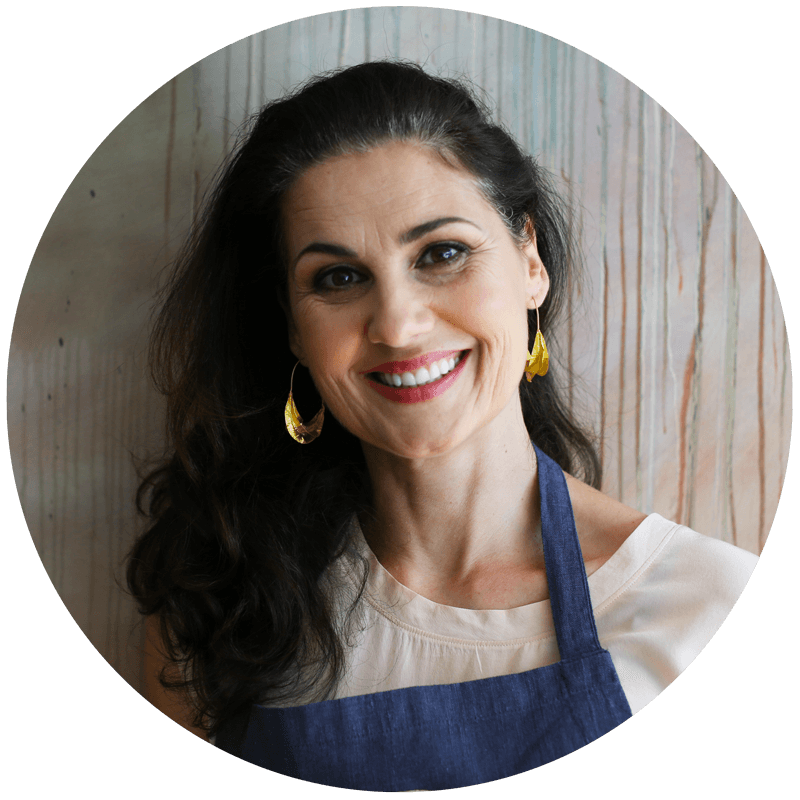 Eleni was born and raised in her beloved Brunswick in Melbourne’s inner north, as a first generation Aussie to parents who hailed from Sparta, Greece. Her parents owned and ran milk bars in this eclectic and colourful suburb. Their stores were often frequented by some terrifically eccentric characters, who inspired Eleni’s creativity and curiosity.

As long as Eleni can remember, she has always been happiest as a “maker of things” – quilt making, dressmaking, printmaking, making costumes, performing in theatre and film, and especially painting. Anything that keeps her hands busy and her mind in a state of flow is where she finds her bliss.

Eleni is heavily inspired by other crafters and artists and their processes, especially the meditative work of Fabrianne Peterson Nampitjinpa, Yayoi Kusama, Angela Glajcar, Chiharu Shiota and Liza Lou. While their work is spectacular, it’s the labour of love that Eleni identifies with the most. Just the simple act of making.

Eleni is also a keen cook and gardener. Her parents’ gruelling seven-days-a-week, milk bar work-life meant that Eleni had to contribute to her family by helping in the kitchen, preparing family meals. In this way Eleni learned to cook many of her family’s traditional Greek dishes, including her amazing yemista. Eleni makes her yemista regularly for her own family and is also known to gift trays of these baked beauties to family and friends when life gets a little crazy or hard for them. Eleni will be inspiring the young with her infectious enthusiasm for cooking and gardening when she assists in the Year 3 Stephanie Alexander Kitchen-Garden Program at her children’s school in 2020. Lucky kids! 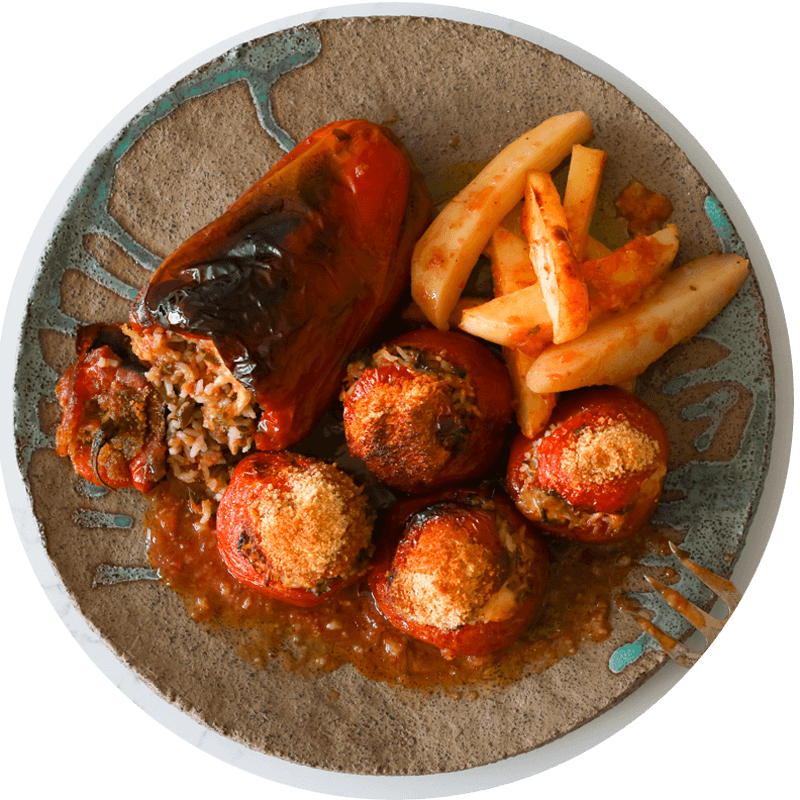