I was born in Melbourne, Australia to Greek parents in 1966. Both of my parents originate from Kastraki, Greece, a village nestled amongst the majestic rocks of Meteora. My mother, Antigoni, is a great cook and is well known amongst our family and friends for her many signature dishes. Over the years, she has taught me many of her recipes, but there are still more to learn!

I am married to Eugene (who is an accomplished scientist by day and a passionate urban explorer / photographer by night / weekend) and together we have four children – three boys and a girl.

When our youngest started school in 2012, I found myself with a ‘little’ more time on my hands and I began considering returning to work. I had worked as a paediatric audiologist up until the birth of our second child. As I contemplated relaunching my audiology career, I recognised in myself a yearning to do something different, something creative. Eugene and I have always enjoyed cooking wholesome and delicious Greek dishes for our family and friends and it was during my 46th birthday celebration at Restaurant Meteora, a slow food haven, in Kalambaka, Greece, that I was inspired by the idea of filming Greek grandparents cooking their signature dishes and sharing them on a website and video sharing medium. Eugene and I also share an interest in aesthetics and photography and I wished to find a way for us to collaborate on a project that combined these.

And so the Kali Orexi story began… 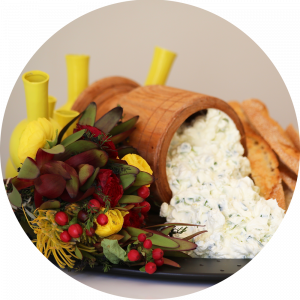 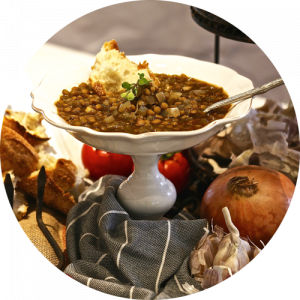